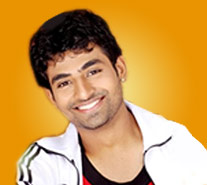 Announcement of The Winners

Hardik Performs on Shake It Like Shammi & Pappi So...

Atul shows some unique hand and leg steps
View ALL

Having connected millions of people through dance and given so many youngsters a career through dance, Zee TV brought back the 'dance ke baap' on - Lifebuoy DID L'il Masters powered by Cadbury Gems. In this season, the show rocked with huge doses of 'bachchagiri'! The participants in this season were carefree, uninhibited and weren't afraid of anything that came their way. The incredible swagger, the edgy dance moves of the participants was topped with 'bachchagiri'. The show had Geeta Kapoor, Ahmad Khan and Mudassar Khan as Judges, along with Sanam Johar, Raghav Crockroaz Juyal, Rahul & Paul and the DID 4 contestant- Swarali Karulkar as skippers.

Like always, the focus of the show was on the talent par excellence, the fun and the passion the kids shared for dance, was seen through the several stages of their progression.

Lifebuoy DID L'il Masters powered by Cadbury Gems has always presented ace dancers and never before seen acts with highest quality of training. This time, the Top 16 contestants were put under the able-guidance of the 4 skippers who strove to cultivate a positive environment for the children to nurture their dancing skills and overall personality. Everybody's favorite host, Jay Bhanushali anchored the show and grandmaster Mithun Da supported the young talent to bring out the best in each contestant in his own charismatic manner.

This season, the participants with their 'bachchagiri' left the masters spell-bound and the audience dancing to their tunes.

All these Television Channels are owned and/or operated by Zee Entertainment Enterprises Ltd, and/or its Subsidiaries.